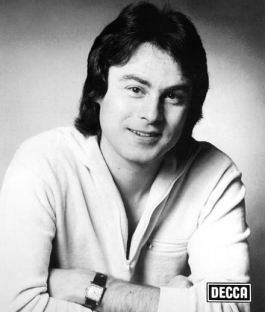 In the summer of 2011, one of Britain's most iconic country music artists, JON DEREK was diagnosed with lung cancer. He sadly passed away just a few months later on October 13th. When the news broke, tributes poured in from a number of friends, fans and associates right across the globe. It soon became apparent just how much he was admired and respected.

This website has been put together in memory of BRITAIN'S FOREMOST COUNTRY MUSIC PIONEER who was often referred to by the media as THE LEGENDARY... JON DEREK.

More often than not, Jon was billed either as a solo entertainer or, together with his famed band Country Fever on a never ending list of top shows and festivals. He was 'The Complete Entertainer' - not only was Jon a competent rhythm guitarist and a superb front man, he possesed the innate vocal ability to sing any style of country music from traditional to rockabilly, yodelling to falsetto or heartfelt ballads to western swing. Jon could lead a band with just his personality and musicianship alone. Furthermore, he would often be called upon to compere/MC shows, festivals and tours.

When you consider all the artists Jon worked with in his career - it reads like a who's who of country music stars. Now every musician has a story to tell. Sadly, Jon is not here to tell his own, however, he did leave a series of career portfolios which have been of great use. The rest of the information has come from reliable and trusted sources - mainly the country music journals of the time, former band members, the internet and Jon's personal collection of articles, photos and memorabilia.

While delving into the archives, a couple of write-ups stood out which, I think you will agree, say it all... 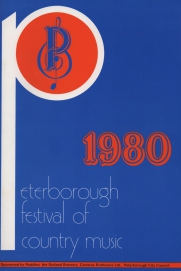 This good looking guy, who lives in the Big Smoke, was a star at a very young age and now still a 'young man' has carved his own niche in the proverbial annals of the music now simply known as Country Music. Throughout the years Jon has always gathered around him the finest collection of musicians and though the personnel may have changed from time to time, neither the standard, the image nor the finished product has ever changed from anything other than Excellent and Highly Professional.

Country Fever have made more European and British nationwide tours than can be possibly be imagined. Many of the greatest American stars owe much of their success within Europe's boundaries to the superb backing provided by 'Jon and Co'. Televison and Radio Programmes have on many occasions been the richer for featuring their talents. It would be easy to write a million words but let this final comment suffice, JON DEREK and COUNTRY FEVER HAVE DONE IT ALL."

Taken from the 1980 Peterborough Festival of Country Music Souvenir Programme 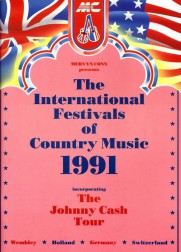 "If anyone acquainted with British country music is asked to name some popular artists, invariably the name Jon Derek would be one of the first mentioned. April 1990 marked the 30th anniversary as a professional singer for Jon Derek though, from his youthful looks and continued enthusiasm for his chosen field of music, most people are hard to convince of this fact. From the early days of 'The Black Stetson Boys', through bands like 'Jamie, Jon & Jerry' and various line-ups of 'Country Fever' Jon has always maintained a standard of music that has been a credit to British country music, and would probably have made him a major star, had he been promoted in the USA during this time.

Jon's pedigree is second to none, having shared the stage with a plethora of superstars such as George Jones, Tammy Wynette, Jim Reeves, Glen Campbell, Hank Locklin, Don Gibson, Johnny Cash, Bobby Bare etc. Add to this two appearances at the Royal Albert Hall, five at the London Palladium and just about every major festival that has ever been put on, stir in two No.1 hit records in Malta and we have probably the hottest singing property Britain has produced in the realms of country music."

Taken from the 1991 International Festivals of Country Music Souvenir Programme