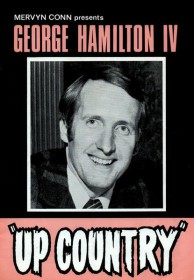 JON DEREK worked with his good friend GEORGE HAMILTON IV many times during his career. They first toured together in 1969 when Jon's band 'Country Fever' were part of the 'RCA Stars In Concert' show. Country Fever also appeared on his television series 'The George Hamilton IV Show' in 1971 and they backed him at the 'Wembley Country Music Festivals' on a couple of occasions. It was the notable 21-date 'Up Country' tour in 1972, however, that will always be well remembered. It was hailed then as the biggest ever UK country music tour. 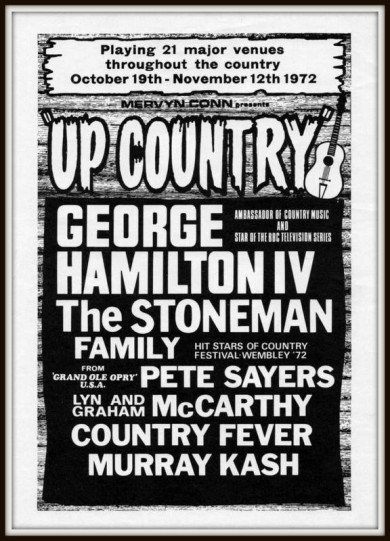 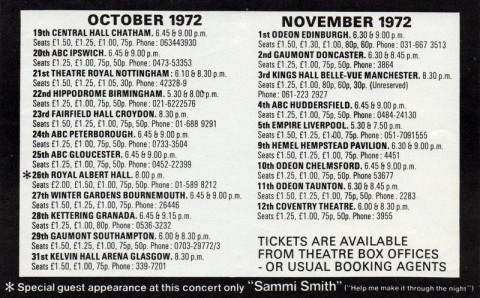 21 dates and two performances at most venues 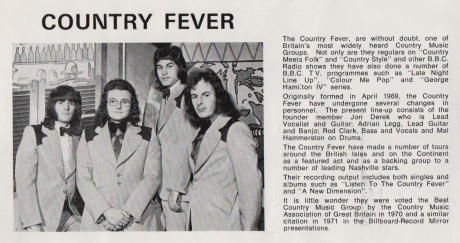 BIOG TAKEN FROM THE TOUR PROGRAMME 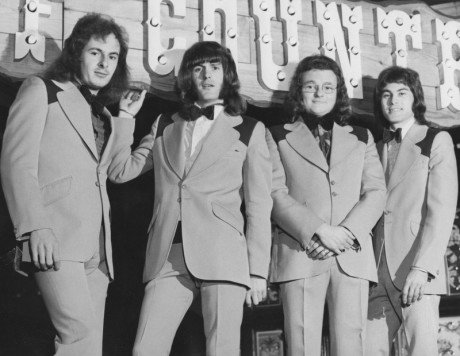 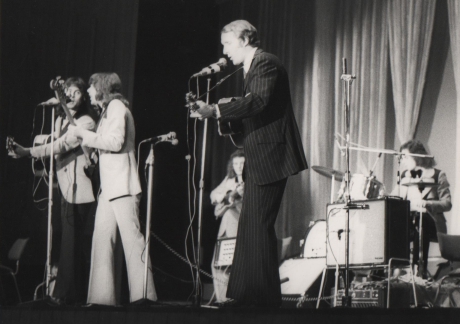 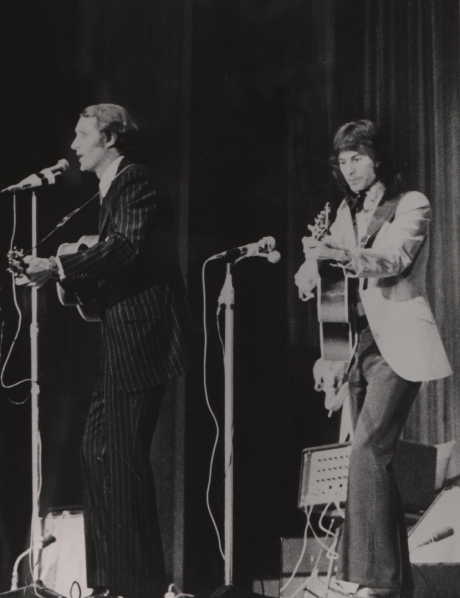 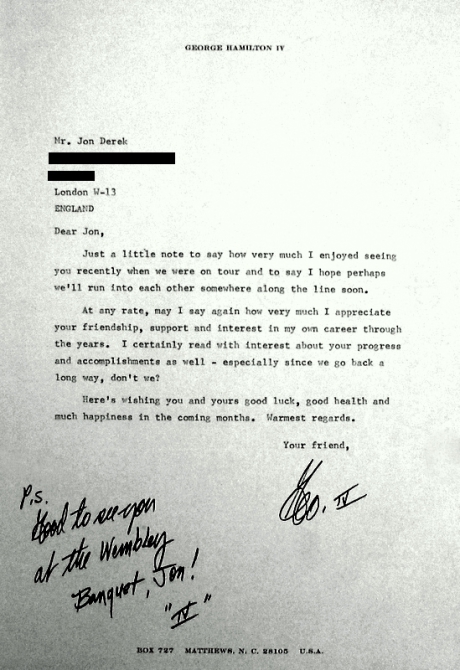 Following the 'Up Country' tour