JON DEREK established a good friendship over the years with SLIM WHITMAN. They toured together twice - the first time was in September 1970 with his band COUNTRY FEVER and then again in February/March 1976 as a solo artist backed by Jeannie Denver and the J.D. Band. 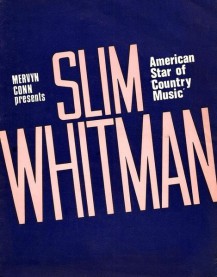 THE 1970 TOUR was supported by three of the four British acts who were all notable winners at that year's 'Country Music Association (Great Britain) Awards'.

Country Fever (Jon Derek, Pete Oakman, Roger Dean, Jed Kelly and Jerry Hogan) had their own short spot on the show and they also backed Slim throughout the tour. 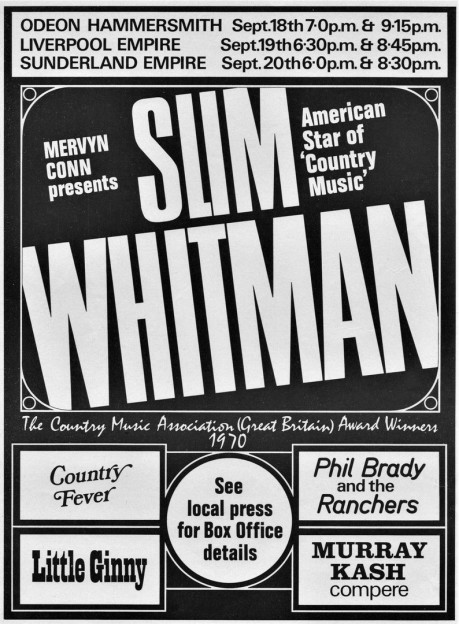 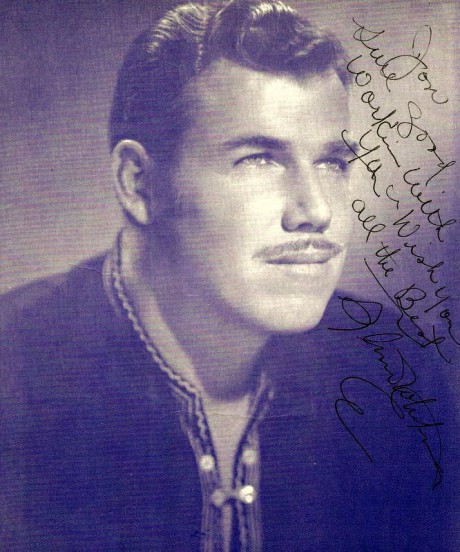 Jon, Sure good working with you

Wish you all the best - Slim Whitman 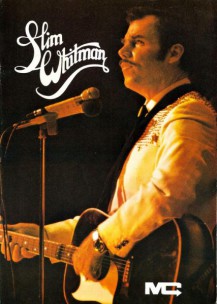 THE 1976 TOUR was one of Slim Whitman's longest ever - 36 dates including two performances a day.

Jon Derek was billed as a solo act but he was using, at the time, the backing services of a very fine band in their own right - Jeannie Denver and the J.D. Band. Together, they also backed Slim Whitman.

In addition to having his own spot on the show and backing Slim, Jon also compered the entire tour. On the final date at the London Palladium, Jon introduced on stage legendary disc jockey Alan 'Fluff' Freeman who presented Slim Whitman with a gold disc for sales of his current album 'Happy Anniversary'. 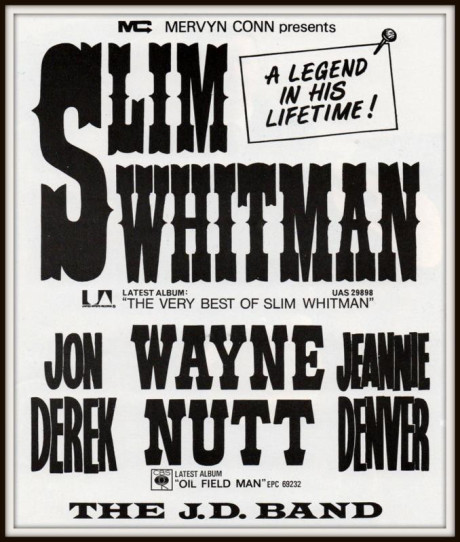 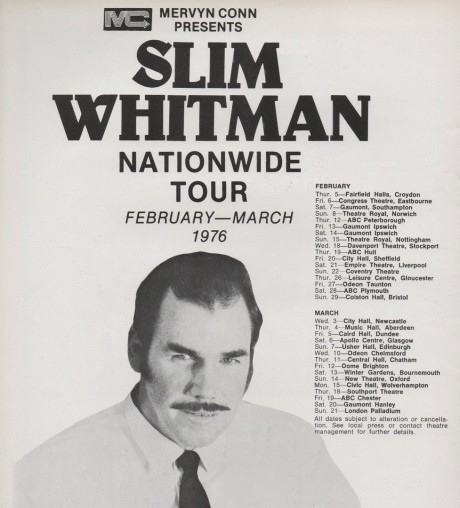 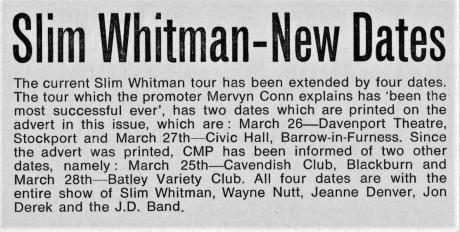 After initial advertisements went to press, two further dates were added to the March leg of the tour: 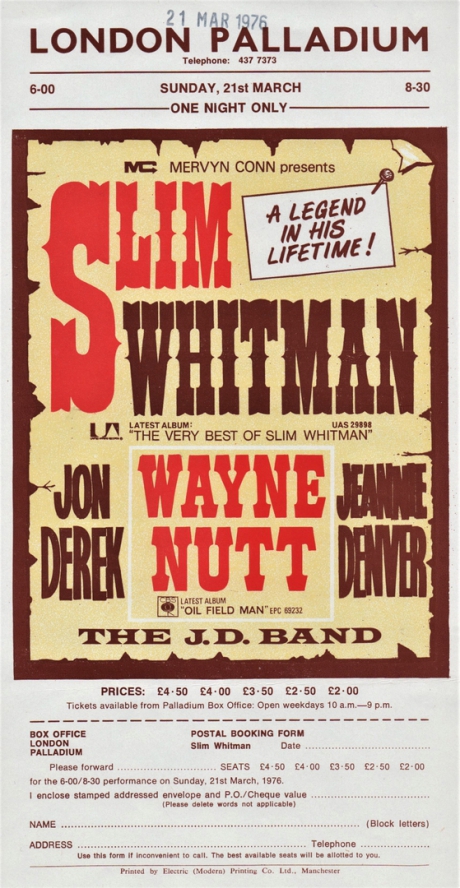 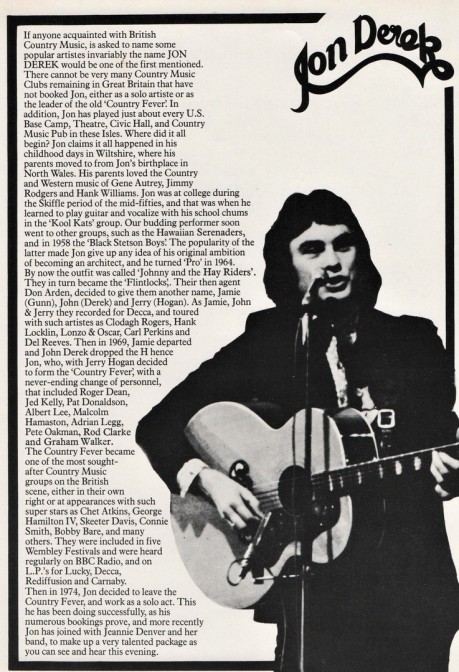 BIOG TAKEN FROM THE TOUR PROGRAMME

Autographed by Slim Whitman, Byron Whitman and Jon Derek in 1991 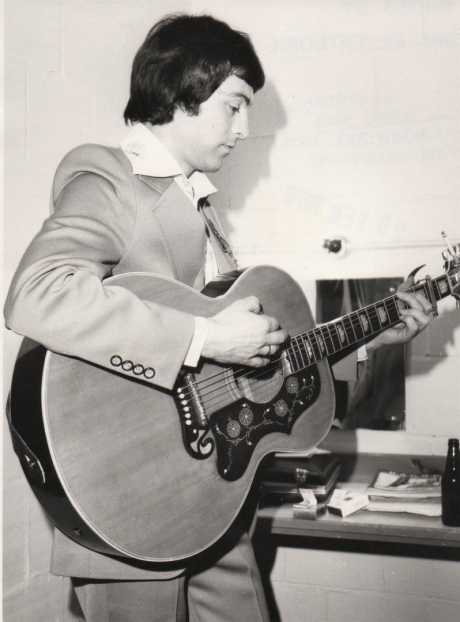 Tuning up in his dressing room prior to his performance at Colston Hall, Bristol (February 29, 1976)