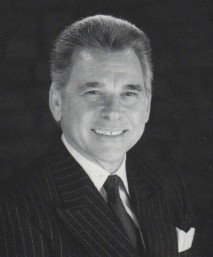 I have the utmost of respect for promoter Mervyn Conn – an entrepreneur who capitalised on a gap in the market. With an ever-growing British country music fan base, Mr Conn was responsible for staging the first professional country music package show in 1968, when he was instrumental in bringing the legendary Johnny Cash to these shores for a string of dates at major venues. Accompanied by his wife June Carter, The Tennessee Three and The Statler Brothers – the tour proved a huge success and would be just the start for the Mervyn Conn Organisation. The following year, he defied all his critics by staging the greatest event Britain has ever seen in the realms of country music – the ‘International Festival of Country Music’ otherwise known affectionately as the ‘Wembley Festival’. This was the first country music event of any great magnitude to be held in Britain. Emulated but never equalled, Mr Conn brought a plethora of overseas stars to these shores, but he also encouraged home-grown talent too, and a select few even got the chance to appear alongside the American stars on the main stage. The 'Wembley Country Music Festival' was, for many years, the one event in the country music diary that everybody looked forward to. Sadly, in 1991, they came to an end after 23 consecutive years (1969-1991) - however, in 2012 Mervyn Conn staged a similar, scaled down, one-off event, as a grand finale.