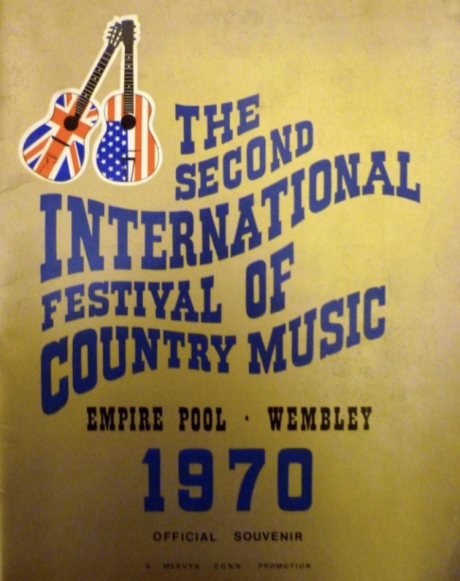 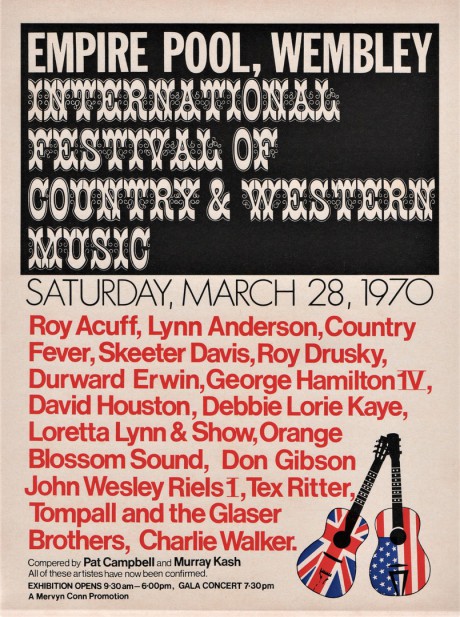 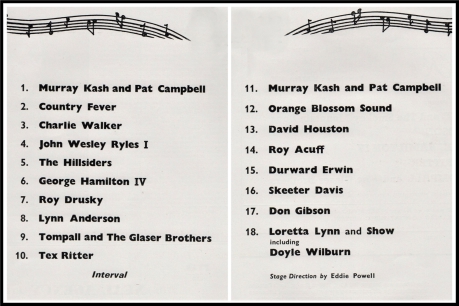 The only one absentee was that of John Wesley Ryles I who was replaced at the last minute by British artist Willard Pearce.

COUNTRY FEVER opened the show as a 6-piece band with the recently departed Albert Lee returning to play alongside Jon Derek, Pete Oakman, Roger Dean, Jed Kelly and Jerry Hogan. They remained on stage to back CHARLIE WALKER and WILLARD PEARCE. Country Fever (minus Albert Lee but with Tom Parker on piano) later returned to back DURWARD ERWIN and DON GIBSON. 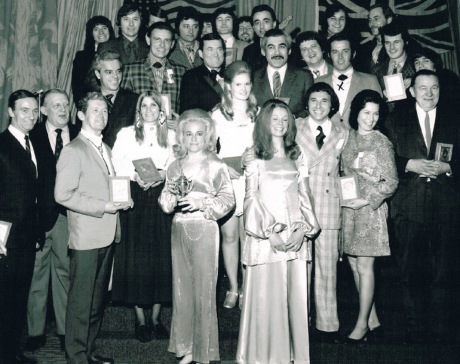 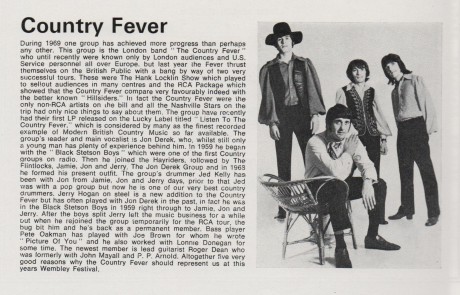 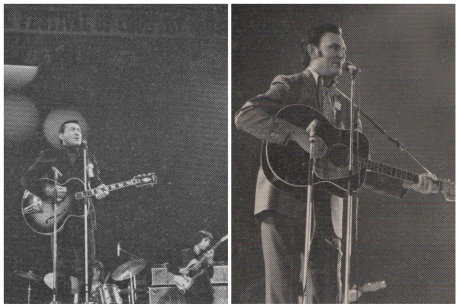 TWO OUT OF THE FOUR ARTISTS COUNTRY FEVER BACKED