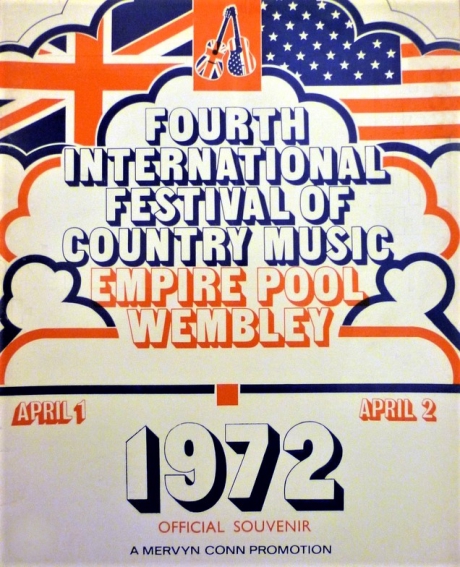 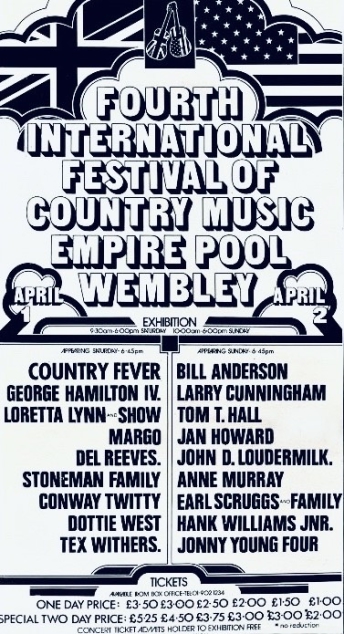 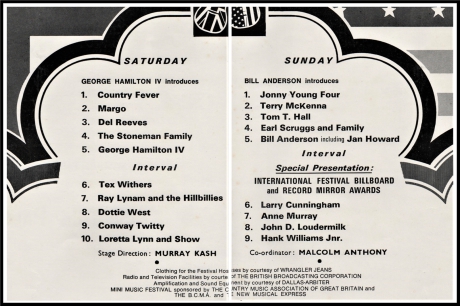 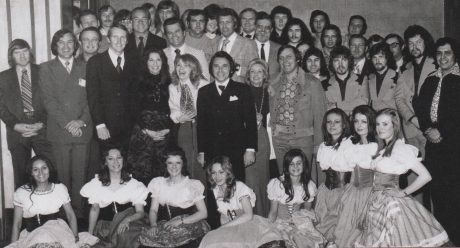 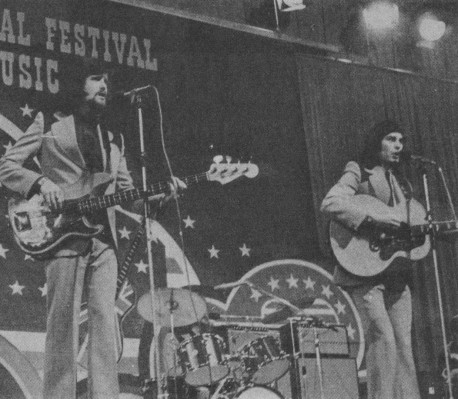 COUNTRY FEVER ON THE WEMBLEY STAGE 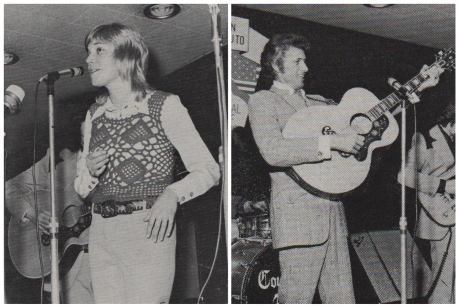 COUNTRY FEVER were the resident band at the pre-festival dinner/dance held at the Royal Garden Hotel, Kensington - London. Guesting on stage with them was ANNE MURRAY (pictured with Jon Derek on guitar stood behind) and DEL REEVES. 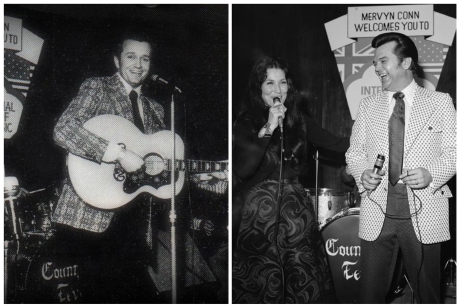 Bill Anderson (pictured with Jon Derek's Gibson J200 guitar) entertained with a song or two as did Conway Twitty and Loretta Lynn. 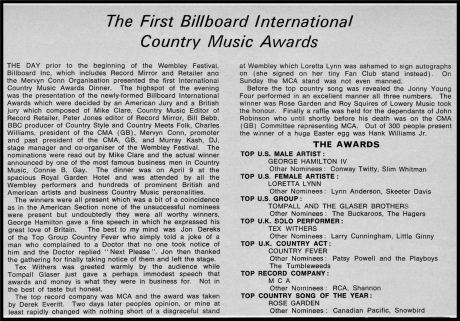 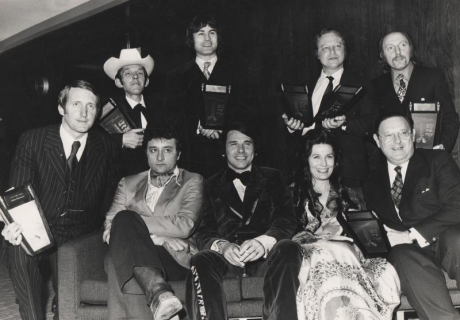 Took place the day before the 1972 Wembley Country Music Festival at the Pre-Festival Dinner/Dance held at the Royal Garden Hotel,