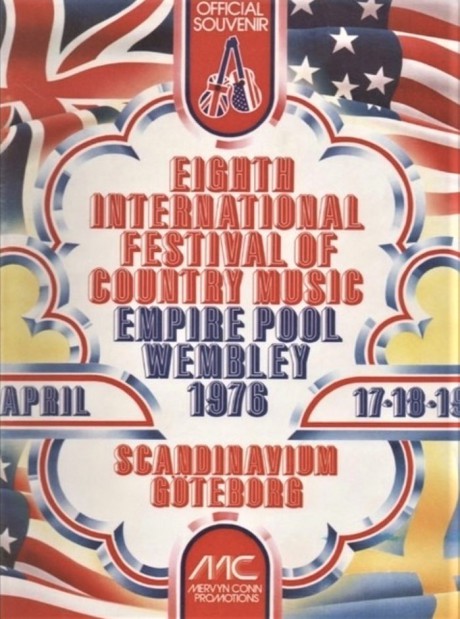 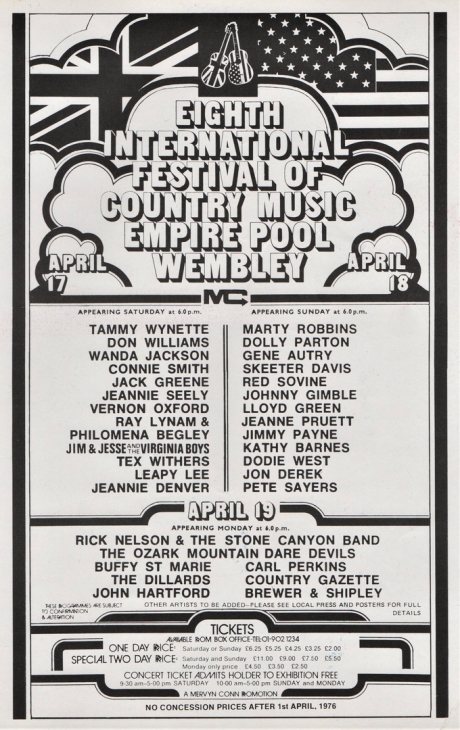 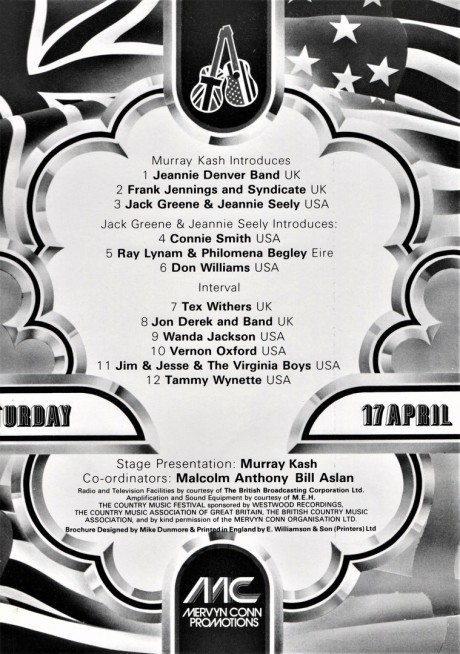 Advertised as JON DEREK and BAND - Jon was in fact using Jeannie Denver's band at the time. JON DEREK appeared on Saturday April 17, 1976 in his own right and then together with the band remained on stage to back WANDA JACKSON and VERNON OXFORD. 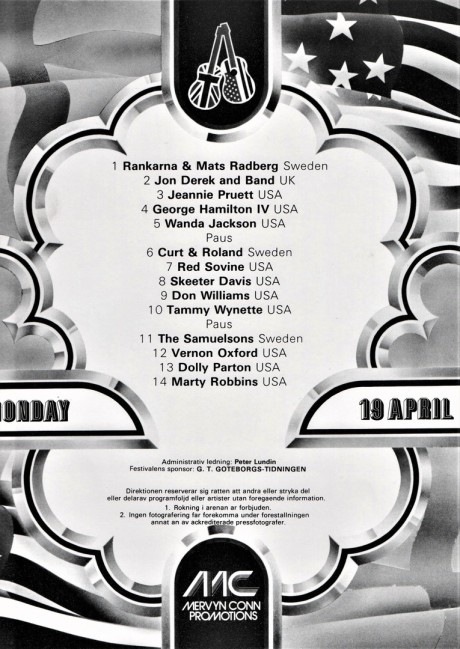 After a further two more days of the Wembley shows - the 'Festival' ventured to Europe for the first time. A one day event took place in Sweden at Gothenburg's 'Scandinavium Arena'. JON DEREK and BAND were billed in their own right and it is believed that they also backed some of the American stars. 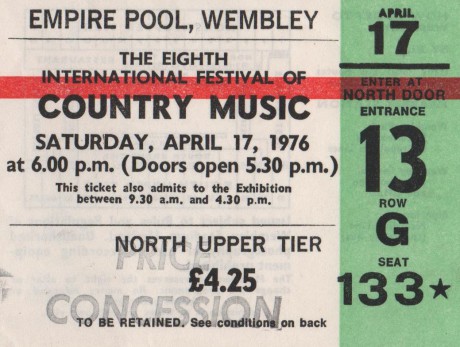 TAKEN FROM THE SOUVENIR PROGRAMME