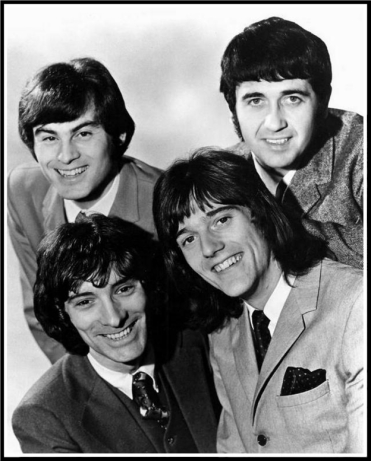 "The most iconic line-up"

Jon Derek and Albert Lee formed Country Fever in the summer of 1968. Jon, Albert and drummer, Jed Kelly were the only surviving members of 'The Jon Derek Group' - a skeleton band primarily put together on the back of 'Jamie, Jon and Jerry' so as to honour any outstanding bookings and, to act as 'backing band' to Irish singer, Clodagh Rodgers. They acquired 'Zoot Money' bass player Pat Donaldson for a short period to complete the line-up.

The name 'Country Fever' was taken from a 1967 album release by Ricky Nelson.

Soon after their formation in 1968, they undertook two short tours with American artists, Rose Maddox (Sing A Little Song Of Heartache) in August and Jody Miller (Queen of the House) in September.

Bass player, Pete Oakman, formerly of 'Joe Brown and The Bruvvers', joined Country Fever in the latter part of 1968, after Pat Donaldson left to join 'Sandy Denny and Fotheringay'.

In October 1968, Country Fever embarked on a 21-date tour with the legendary American star, Guy Mitchell (Singing The Blues).

Following a few recent appearances on the BBC Radio 'live' show 'Country Meets Folk' backing other artists - the newly formed 'Country Fever' appeared in their own right on December 21, 1968 from the Playhouse Theatre in Charing Cross, London alongside folk artists, Ralph McTell (Streets Of London) and Gordon Giltrap. Coincidently, it was also Albert Lee's birthday and the band members sang Happy Birthday to him 'live' on air.

Throughout the coming months, Country Fever became one of the most professional and respected bands on the circuit. In addition to being regularly heard on various 'live' radio broadcasts, they also appeared weekly at a number of venues in the London area which were owned by 'Griffin Catering' and run by Charles Williams. His promise was to stage a different country music act every night of the week. The two biggest and most popular venues were the 'Nashville Room' in West Kensington and 'The Clarendon' in Hammersmith.

Due to illness, Jon Derek was unable to appear with the band when they were asked to support American country singer, Faron Young on a one-off appearance at USAF South Ruislip in September 1969. Friend and former band member, Jamie Gunn took his place.

Due to their expertise in backing top American acts, Country Fever + part-time member, Jerry Hogan on steel guitar (who would join the band on bigger shows/tours and radio broadcasts) were booked to join an extensive tour Country Stars In Concert organised by record company, RCA. Country Fever were the only non-RCA recording artists on the tour which comprised of; Chet Atkins, Bobby Bare, Connie Smith, Nat Stuckey, Skeeter Davis, George Hamilton IV and British band, The Hillsiders. The tour commenced on October 31, 1969. With performances in the UK and several European cities, Country Fever appeared in their own right and also backed both Connie Smith and Nat Stuckey throughout the tour. Country Fever also joined Bobby Bare, George Hamilton and The Hillsiders at a pre-tour press gathering/peformance at the 'Nashville Room' in West Kensington, London.

In December 1969, Country Fever embarked on an extensive tour of the UK and Ireland with Country Music Hall of Fame star, Hank Locklin (Send Me The Pillow That You Dream On, Please Help Me I'm Falling).

The media reported that Country Fever achieved more progress in the year of 1969 than any other British country music band.

Former John Mayall Bluesbreakers' guitarist, Roger Dean joined Country Fever in March 1970 when Albert Lee left to join 'Heads, Hands and Feet'. Albert Lee's reason for leaving was that he became disillusioned with the stagnant British country music scene and having to perform the same old Jim Reeves and Johnny Cash covers night in and night out.

On March 28, 1970 - Country Fever appeared at the second 'International Festival of Country Music' at Wembley Arena promoted by, Mervyn Conn. Before a 12,000 capacity audience, the band appeared in their own right and  also backed American acts, Don Gibson (Sea Of Heartbreak), Charlie Walker (Pick Me Up On Your Way Down), Willard Pierce and Durward Erwin. New lead guitarist Roger Dean was joined by his predecessor Albert Lee on stage. Other members of Country Fever - Jon, Pete, Jed and Jerry Hogan + Tom Parker on piano make up an ensemble that was dubbed by the press as, "Surely Britain's million dollar line-up".

Two days after the festival, Jon Derek, Jerry Hogan and Albert Lee of Country Fever (augmented by another band's bass player and drummer) backed Don Gibson again at the 'Nashville Room' in London's west Kensington. Also appearing was Loretta Lynn and her band .

After touring the UK with Hank Locklin again in April 1970, Country Fever finally fulfilled a very successful 12-day tour of the North East of England in May 1970 - one in which they had to cancel twice before, so that they could tour with the legendary Mr Locklin.

Following tremendous sales of their first album, the highly acclaimed - 'Listen To The Country Fever' and, a second single 'Come And Stay With Me' which were both released in early 1970, on Lucky Records - the band's second album 'A New Dimension' was released in September 1970. It received rave reviews from the music industry's press journals including, Melody Maker, New Musical Express and Record Mirror.

In September 1970, the legendary Slim Whitman (Rose Marie) returned to the UK to perform for the first time in 14 years. A short tour was put together with dates at the 'Liverpool Empire', London's 'Hammersmith Apollo' and the 'Sunderland Empire'. Country Fever were included on this tour together with two other British acts. In addition to having their own spot on the show, Country Fever also backed Slim at all three venues.

In February 1971, US singing sensation Charley Pride made a short promotional visit to the UK in association with the BBC and his record label, RCA Records. Unable to bring his own band with him, Country Fever were asked to back him on a BBC Radio broadcast.

In March 1971, Country Fever toured with American country/rockabilly artist, Marvin Rainwater (Whole Lotta Woman, Gonna Find Me A Bluebird) on an extensive tour of the UK, Ireland and Europe. Marvin returned to England again later that year to do some shows with the band - this time at Irish ballrooms and US Air Force bases. They also recorded an album together recorded at 'Orange Studios' titled 'Marvin Rainwater Gets Country Fever' which was released on the 'Phillips' label the following year.

Country Fever recorded at the Decca Records' studios in West Hampstead, London in April 1971. The label released a single 'The Moth And The Flame'.

Albert Lee sat in with Country Fever for two weeks in July 1971. He also appeared with the band on BBC Radio's 'Country Meets Folk' playing mandolin. Also joining Country Fever and Albert Lee in the second week was Chas Hodges on fiddle and Keith Nelson on banjo.

Towards the end of 1971, a dispute between members of Country Fever and their record producer Gordon Smith in relation to artist royalty statements from record sales not being submitted to the Performing Rights Society, caused a low morale within the group and eventually lead to a formal break-up. In order to fulfil forthcoming engagements, Jon Derek temporarily acquired bandmembers from 'Jamie's People' to form a temporary 'Country Fever'.

The new line-up (Jon Derek, Ian Hewitt, Brian Woods and Dave Cawse) appeared at the fourth 'International Festival of Country Music' staged at Wembley Arena in April 1972. In addition to their own spot on the festival, they also backed Del Reeves and Anne Murray at the pre-festival dinner/dance.

The following month, Country Fever toured with American country/rocker, Jerry Lee Lewis (Great Balls Of Fire, Whole Lotta Shakin' Goin' On). They supported him on all 16 UK dates and also at the first venue of his European tour - 'The Olympia' in Paris.

When the loan period of using the services of 'Jamie's People' ended in mid-1972, Jon Derek, who was said to have the knack of forming good bands, put together a whole new look Country Fever consisting of lead guitarist Adrian Legg, bass player Rod Clark and drummer Malcolm Hamerston.

Hank Locklin returned in July 1972 - backed by Country Fever, they toured the UK and Ireland.

In October 1972, Country Fever teamed up with George Hamilton IV (Abilene, Canadian Pacific) once again for what would be at the time, the biggest country music tour ever in the UK - 'Up Country'. Also on the bill were, The Stoneman Family. Country Fever appeared in their own right and also backed George IV throughout the 21-date tour. At the Royal Albert Hall (October 26), they were joined by special guest, Sammi Smith (Help Me Make It Through The Night).

In February 1973, Country Fever toured again with Marvin Rainwater and in April, they made their third appearance at the 'International Festival of Country Music' and also backed George Hamilton IV on the show.

In 1974, Country Fever took part in a show recorded 'live' at the 'Montrose Club' in Liverpool which also featured three other British country music acts. 'The World Of Country Music Vol.6' was released on the Decca Records label.

By the autumn of 1974, the cooperative 'Country Fever' (1968-1974) was disbanded. Having achieved so much with the band, Jon felt the time was right to go it alone and forge a solo career.